New Plays by and about Women

The Big Ten Theatre Consortium is commissioning a series of plays by outstanding American female playwrights. Each play features at least six substantial age-appropriate roles for young women. Men may also be included in the casts.

The purpose of the initiative is to promote the writing and production of new works about women by professional and academic theatres around the country. It is also meant to draw attention to the need to produce and support such plays.

Each year the theatre departments and schools of the Big Ten have the first opportunity to present the newly commissioned play. After that year, the play is available for production anywhere. At that time, arrangements for rights and royalties may be made through the writer’s agent.

As of August, 2017, five plays have been commissioned. 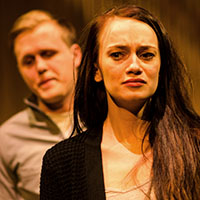 Something happened to Chloe after that party last Saturday night.  Something she says she can’t remember. Something everybody at school is talking about. Was she raped? Did she ask for it? How could those boys do that to her? Or did they?  Set in a high school in the American Midwest, in a world of Facebook and Twitter, smart phones and YouTube, Good Kids explores a casual sexual encounter gone wrong and its very public aftermath. Who’s telling the truth? Whose version of the story do you believe? And what does that say about you? 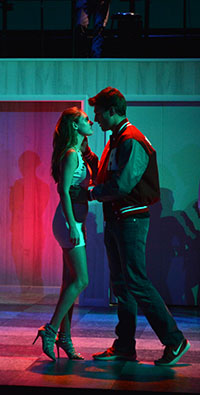 When Shelby accepts a Resident Advisor position at her university, she believes it is the perfect addition to her resume: limited commitment on her part—a few heart to heart chats, but nothing that will interfere too much with her classes or busy social calendar.   A millennial with helicopter parents to prove it, Shelby’s used to planning everything down to the minute. Her plans change suddenly when a racially charged incident occurs on her floor and Shelby has no idea how to respond. Suddenly her students demand she take sides.  But choosing who to believe and how to act is complicated. Was the incident a joke?  Or are its roots deeper than Shelby wants to admit?  Does it speak to some part of the American experience which Shelby, despite being black, just does not know how to talk about?

Cousins Sam and Jaycee grew up together in a small Wisconsin town. Sam, who sharpened her bowling skills at the local alley, is now heading to college with a bowling scholarship. But Jaycee’s future isn’t looking so bright. As the young women and their friends face adulthood, the alley becomes a place to celebrate, mourn and forge new identities. But can their bonds survive even as their paths diverge? And is success always earned, or is it sometimes a matter of luck?

Soon to be published

Across a hundred years and three continents, three young women pursue a common goal: to save the dogs they love. In London in 1907, suffragist Lizzy is writing an incendiary pamphlet exposing the torture of a little brown dog on the vivisectionist's table at the London College of Medicine. On the outskirts of Moscow in 1957, Anya is concocting a plan to set free the scrappy strays she has rounded up to be cosmonauts in the top-secret Soviet space program. And in New York City in 2017, Keira is on a quest to be reunited with the service dog she trained--and lost--in prison. The powerful bond between humans and nonhuman animals becomes the fuel for liberation movements in this braided story about the interconnectedness of all beings.

Bonnets (how ladies of breeding are induced to murder),
by Jenn Silverman

Valerie is a poisoner, her sister-in-law Claire is a virgin, Webster is an indentured servant, her mistress Georginia is a pain in the ass, and Prudence and Fortitude have a weird felling about each other. . .but can we callout witchcraft?  BONNETS is a dark comedy written for six-plus young women, that plays with elements of camp, history, and rock'n'roll.  A song for the play is written by Max Vernon. 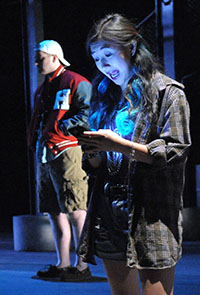 What is the Big Ten Theatre Consortium

The Big Ten Theatre Consortium is composed of the fourteen theatre departments and schools in the Big Ten Conference.

Michigan State University
The Department of Theatre's production (directed by Joni Starr) was presented in conjunction with MSU's "Project 60/50" in 2015 which created community conversations on civil and human rights.

Bonnets (How Ladies of Good Breeding are Induced to Murder)