Link to an Iowa Now article and rehearsal photos about developing this new Partnership in the Arts.

Iphigenia Point Blank: Story of the First Refugee, A film opera, is adapted from Euripides’ Iphigenia plays and ancient Greek laments from the Trojan War epics. The play follows Iphigenia, the first refugee depicted in western drama, through 2,500 years of history and across contemporary war zones to interrogate the current refugee crisis and change the ending of her story.

This production contains strong adult language and references to sexual and physical violence. Incense will be used throughout the performance.

This production is part of the Iowa Partnership in the Arts program. This program was established in 1992 to support the creation of major new works of theatrical art. Nationally- and internationally-respected guest artists collaborate with students and faculty to present adventuresome new works, many of which have gone on to be productions throughout the country. This program is part of a long tradition of UI faculty and students collaborating with professional artists to develop new work.

This production has been made possible in part by the University of Iowa Internal Funding Initiatives, the Obermann Center for Advanced Studies, and the Puffin Foundation.

Iphigenia Point Blank: Story of the First Refugee is supported by FACE Contemporary Theater, a program developed by FACE Foundation and the Cultural Services of the French Embassy in the United States with the support from the Florence Gould Foundation, Institut français-Paris, the French Ministry of Culture and private donors. Additional support for women artists has been provided by Fondation CHANEL.

This performance is presented in partnership with Hancher’s Embracing Complexity project, which seeks to build textured knowledge of Islamic cultures, while creating a greater sense of empathy for the experiences of peoples of diverse racial, ethnic, and religious backgrounds.

Tickets are available through the Hancher Box Office.

Individuals with disabilities are encouraged to attend all University of Iowa-sponsored events. If you are a person with a disability who requires a reasonable accommodation in order to participate in this program, please contact the Hancher Box Office in advance at 319.335.1158. 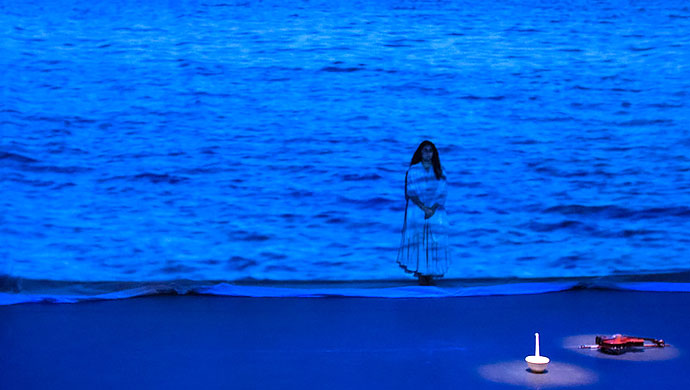 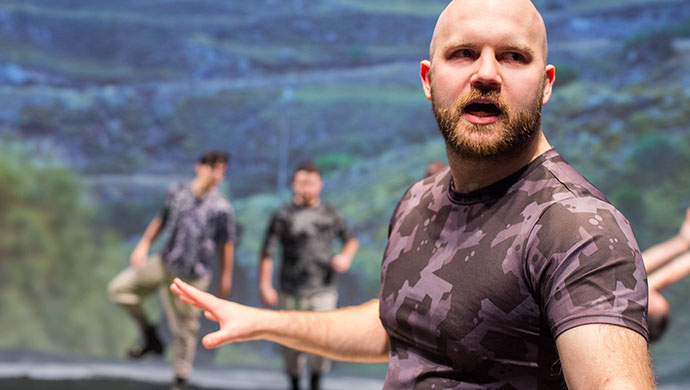 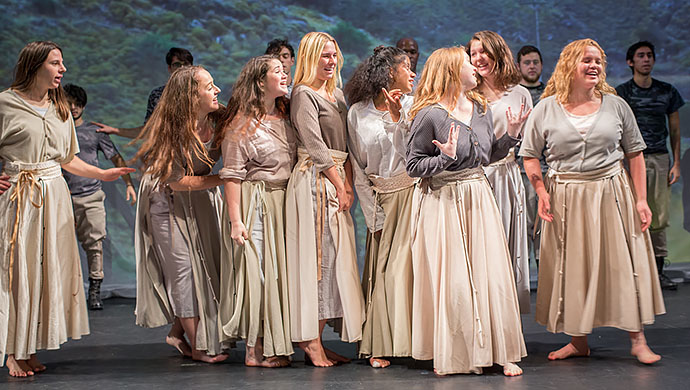 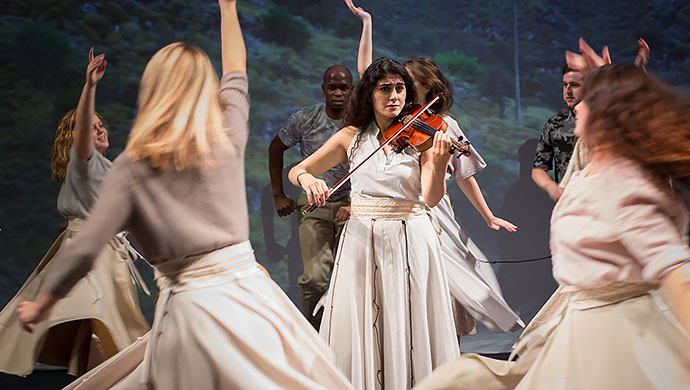 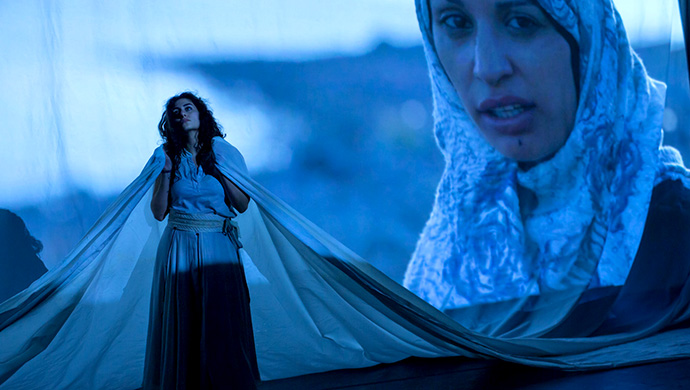 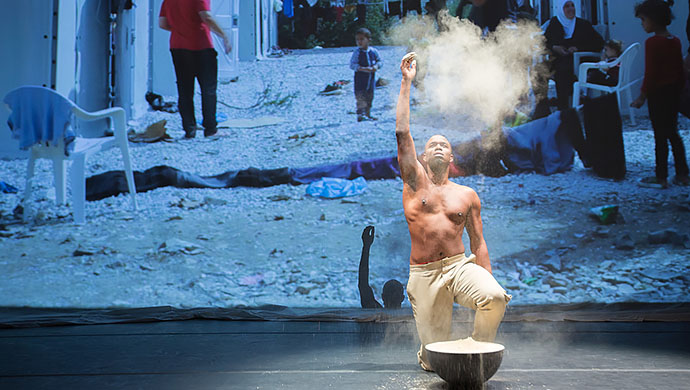