Archive of "The Piano Lesson" 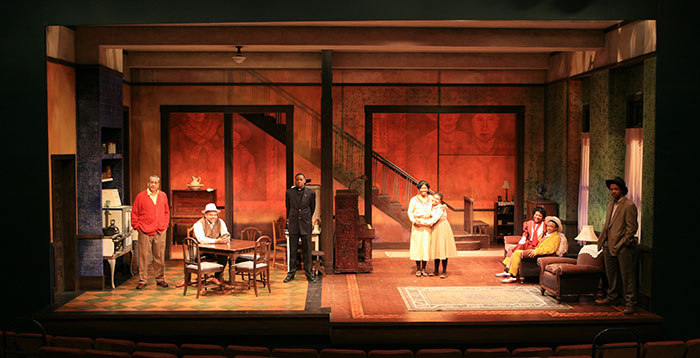 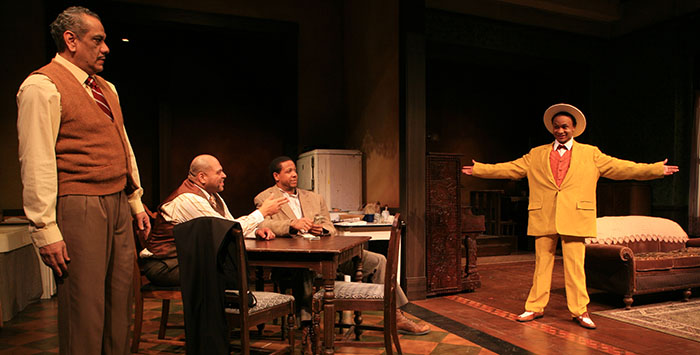 The Piano Lesson: Past as Present

“I generally start with an idea, something that I want to say. In The Piano Lesson the idea was, ‘Can one acquire a sense of self-worth by denying one’s past?’ Next I got the title from a Romare Bearden painting called The Piano Lesson;” so said August Wilson in a 1987 interview with theatre scholar and historian, David Savran when asked, “How do you start a play?”

The Bearden painting depicts a young girl sitting at a piano with her piano teacher standing over her. This juxtaposition of the two: the woman standing over the girl, inspired Wilson to create the play’s central female character, Berniece along with her daughter, Maretha…as well as the dramatic conflict that ensues. That conflict being between Berniece and her brother, Boy Willie who has just arrived at Berniece's home in the Hill District of Pittsburgh from Sunflower County, Mississippi with the intention of convincing his sister to sell the 135-year old family heirloom piano (that Berniece refuses to ever play) so that he may take his portion of the money to purchase land back in Mississippi. Wilson continues, “…I thought the woman would be a character who was trying to acquire a sense of self-worth by denying her past. And I felt that she couldn’t do that. She had to confront her past, in the person of her brother, who was going to sweep through the house…bringing the past with him.” In terms of the symbolic use of the piano, Wilson considered its presence to be “the idea of linkage;” that linkage being Berniece to her past, a reminder (remembrance) of her deceased parents and other ancestors which she attempts to deny on the one hand (having migrated north after the sudden death of her husband); and to the family that remains.

August Wilson was born Frederick August Kittel on April 27, 1945 in the predominantly Black Hill District of Pittsburgh, Pennsylvania. He was one of six children born to Daisy Wilson (he would later change his last name to Wilson in honor of his mother) and a German immigrant father who worked as a baker and for whom he was named. Wilson’s father deserted the family when Wilson was five years old leaving his mother to raise her six children in a two-bedroom apartment above a grocery store that still stands today and was designated as a state historic site in May 2007.

Although Wilson was a high school dropout, he was a voracious reader and schooled himself in the works of influential Black writers and critical thinkers such as W.E.B. DuBois, Alain Locke, Ralph Ellison, Langston Hughes, and Arna Bontemps. Wilson soon realized his calling to become a writer. In 1965, Wilson along with Black poets, Rob Penny, Nick Flournoy, and Charlie P. Williams founded the Centre Avenue Poets’ Theatre Workshop in the Hill District of Pittsburgh, which would eventually evolve into the Black Horizon Theater, a “Black Nationalist theatre company” inspired by the Black Arts Movement and Amiri Baraka’s Black Arts Repertory Theatre. Two of Wilson’s early plays were Recycling, produced for community houses throughout the Pittsburgh area and Jitney, the first of Wilson’s “10-play cycle,” a play written for each decade of the 20th Century chronicling Black American life. Jitney would be revisited some two decades later and go on to receive many accolades.

The Piano Lesson was first presented as a staged reading at the Eugene O’Neill Theatre Center’s National Playwrights’ Conference in December 1987. It was directed by Lloyd Richards, then Artistic Director of the Conference and Dean of the Yale School of Drama. This partnership between Richards and Wilson would be the first of several collaborations to follow. It is safe to say that Richards was partially, if not wholly responsible for Wilson’s success as a playwright. The original cast from the reading included Samuel L. Jackson as Boy Willie. The play would have a subsequent production at Boston’s Huntington Theatre Company in January 1988 and eventually opened on Broadway at the Walter Kerr Theatre in April 1990 with S. Epatha Merkerson as Berniece and Charles Dutton as Boy Willie.

For Wilson, legacy and the remembrance of ancestors is everything. He felt it incumbent upon himself to convey a message about “the Black experience in America... [its] culture and history” and the responsibility and obligation of Black Americans to honor the “linkage” to their past. Sandra G. Shannon, author of The Dramatic Vision of August Wilson proffers that The Piano Lesson was a “more soul-searching theatre – that invites Black audiences to take a closer look at how they have fared in America’s exclusionary history.”

Tisch Jones, director of the current Mainstage production, believes that the play is about ritual and wants audiences to be “changed, mandated…provoked.” She invites them to witness “our American history…the history of Black folks,” and in the words of DuBois, a theatre that is “for us, by us, near us and about us.” Enjoy!