What are our alumni doing? 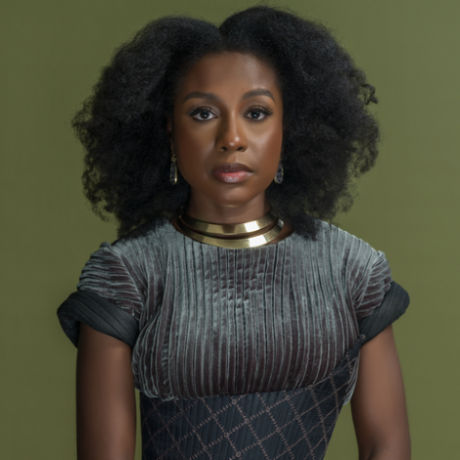 starring in ENO, streaming on the African streaming service Showmax 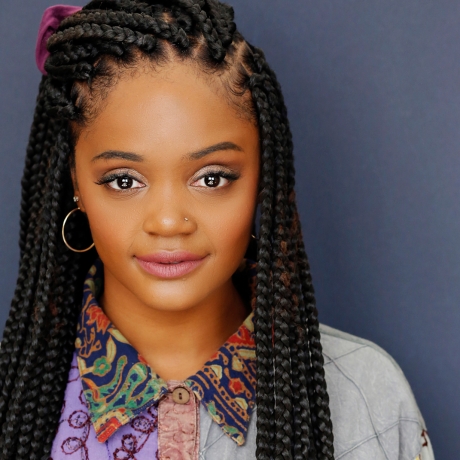 will be guest starring in an upcoming episode of Chicago Fire 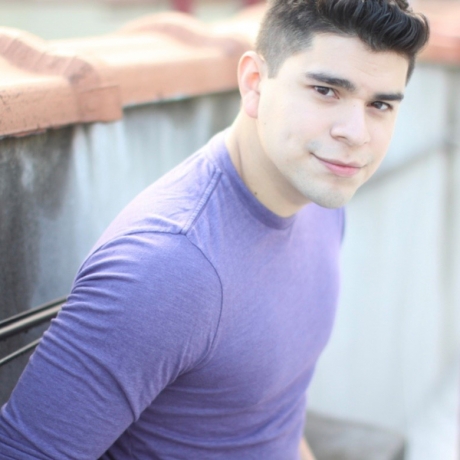 starring as Kid Prince in KID PRINCE AND PABLO, a world premiere at the John F. Kennedy Center 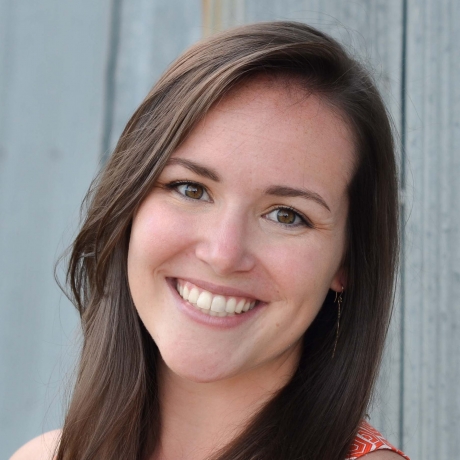 Costume Coordinator for Season 2 of The Equalizer starring Queen Latifah 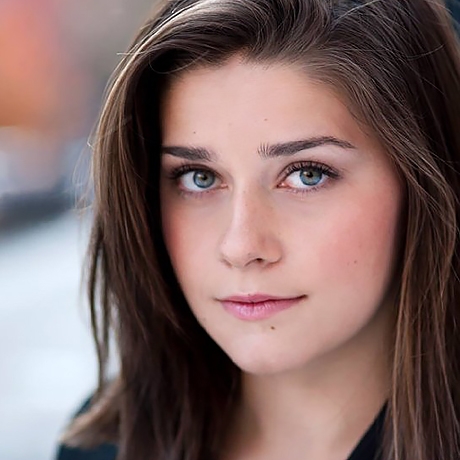 is featured as Young Martha in Senior Year on Netflix 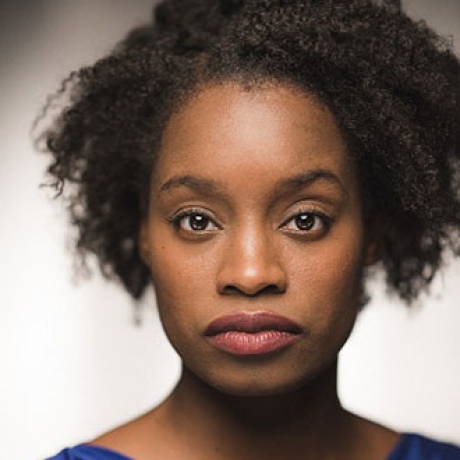 is guest starring on Chicago MED 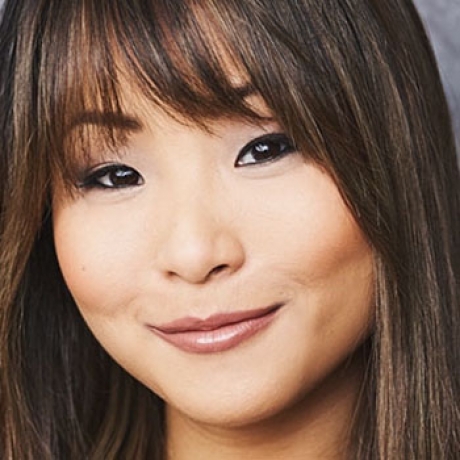 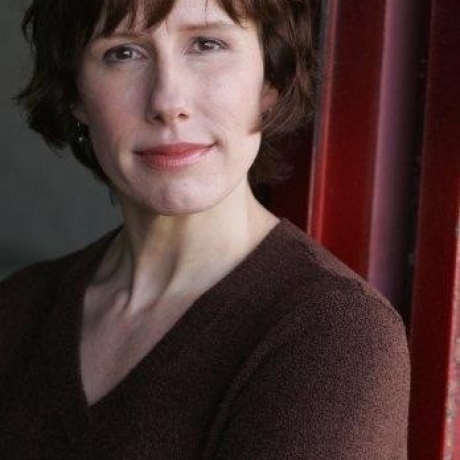 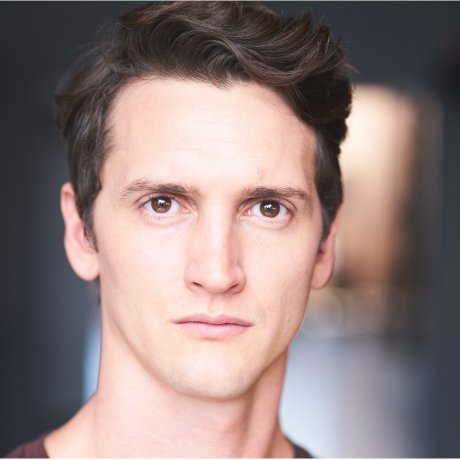 will be starring in upcoming films Trial of the Chicago 7, Monuments, and Pins 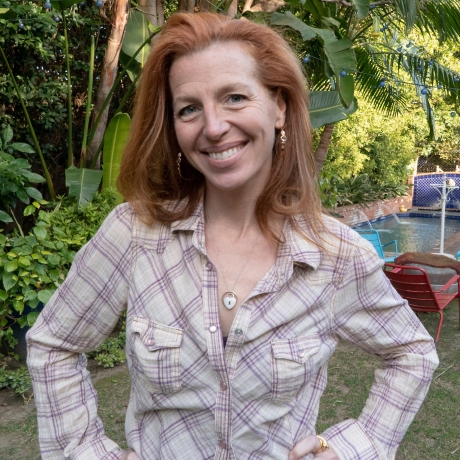 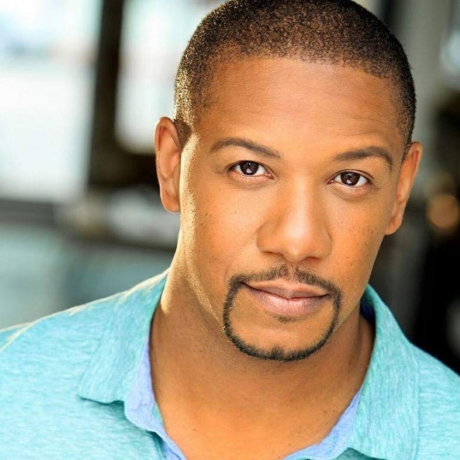 is guest starring on Criminal Minds on CBS 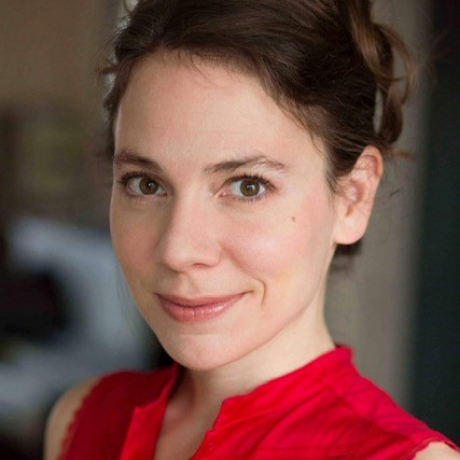 is directing Me, Mother: Cirque, Scène et Maternité, for the CIRCa Festival in France 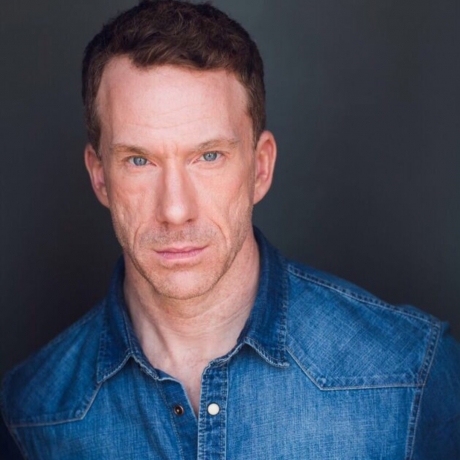 will be guest starring on an upcoming episode of Gotham 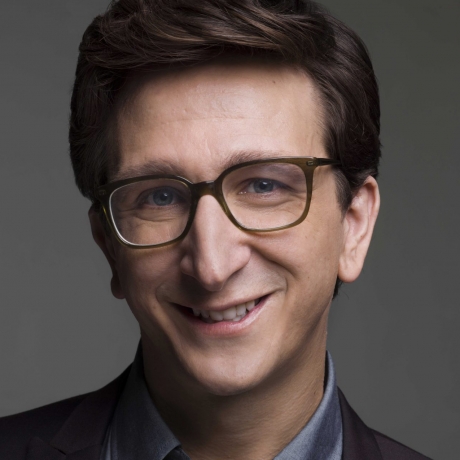 is a star, writer, and producer of the hit Netflix show Love 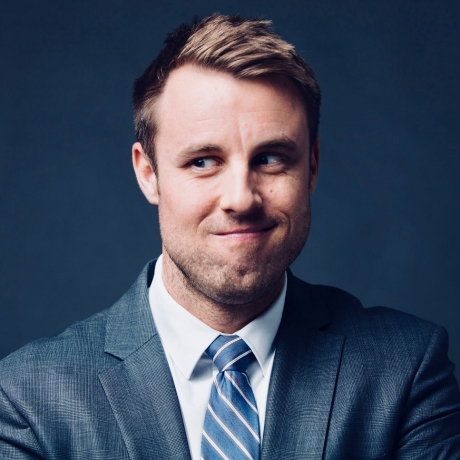 appearing as a series regular on Netflix's Love 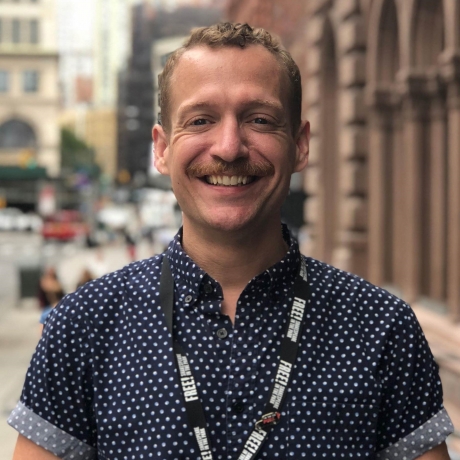 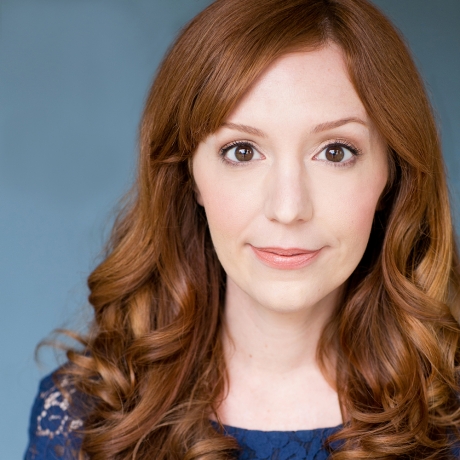 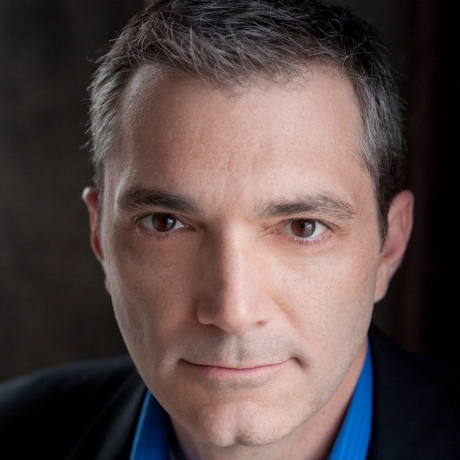 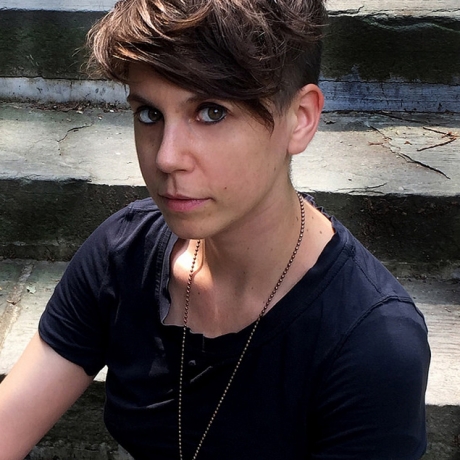 is one of the 20 most produced playwrights in America 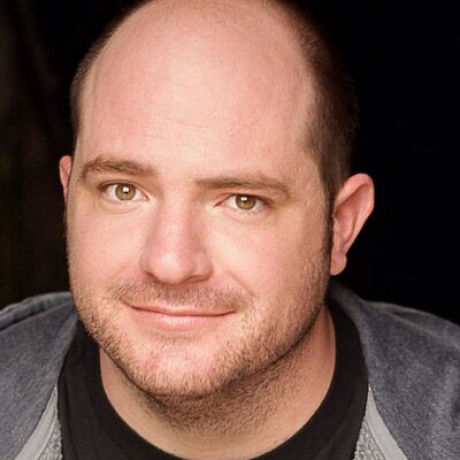 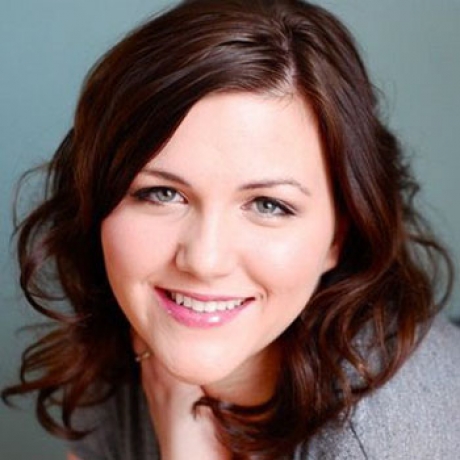 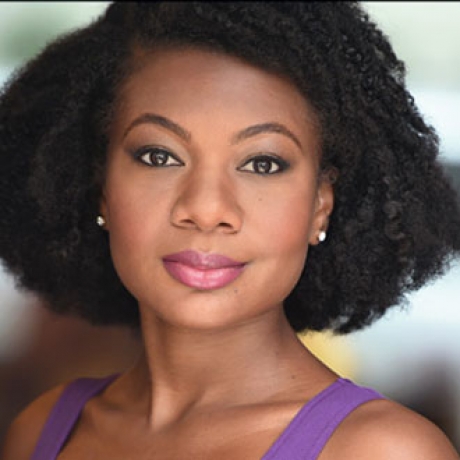 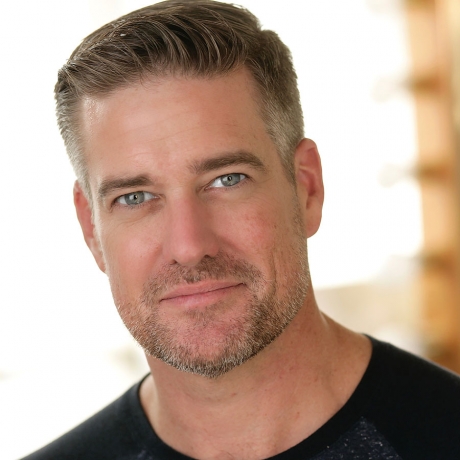 appearing as Don Kirshner in the Broadway production of Beautiful

is the Lighting Designer for Kelsea Ballerini’s national Unapologetically tour

Alumni are also a great resource for those completing their Iowa degrees. You can also catch up with Iowa Theatre Arts Alumni on Facebook and through the UI Alumni Association.  Please keep those of us at the Theatre Building up-to-date: Submit Alumni News!

Hayley Ryan (MFA, 2018) has been working in New York City. Currently she is the Costume Coordinator for Season 2 of the Equalizer starring Queen Latifah. She has also been a Production Assistant for Dickinson (Season 2 & 3, Apple TV), In The Heights (Movie), and Tootsie (Broadway). Assistant credits include Daniel’s Husband (Off-Broadway play) and The Mental State (Independent film).

Matt Hawkins (MFA) shared his Jesus Christ Superstar that was originally cancelled at the beginning of the pandemic, as a one night only, 60 piece orchestra, 50 member folk choir, and cast, with a grateful audience of masked, socially distanced students in the football stadium at Notre Dame.

Levy Lee Simon's new play, The Magnificent Dunbar Hotel, is now published in collaboration with Amazon.com and The Robey Theatre Company. The premiere production was received with 29 straight sold out performances and rave reviews from the Los Angeles critics.

David Adjmi’s (MFA 2001) debut memoir, entitled LOT SIX, will be published by HarperCollins on June 23, 2020. The book is about how artists make their lives into art, and yes, there’s a chapter about the Iowa Playwrights Workshop. In addition, David’s play Stereophonic (music by Will Butler of the band Arcade Fire) is set to premiere on Broadway in spring 2021.

James Hatch, a Theatre Arts alumnus and great friend to the department, died on February 14, 2020. He and his wife, Camille Billops, established a scholarship to support African American theatre students. Jim also wrote Club Ka: The Blues Legend, a partnership-in-the-arts production in 2003. He and Camille, who died earlier, created a vast collection of materials, how held at Emory University, documenting the history of African American art, activism and culture. We will miss Jim’s kindness, critical intelligence and creativity. The New York Times James Hatch, Archivist of Black Theater, Dies at 91

Brian Quijada is the Artistic Director of the Wild Wind Performance Lab for New Play Development at Texas Tech University. Brian is also starring as Kid Prince in KID PRINCE AND PABLO, a world premiere at the John F. Kennedy Center for Performing Arts.

Kevin Dudley (MFA 2016) has been promoted to Associate Professor at Emory & Henry College.

Will Goblirsch (MFA 2018) has been awarded a Post-MFA Teaching Fellowship at Virginia Tech.  He will teach four participatory performance-based courses each semester, a combination of Introduction to Acting and Introduction to Collaborative Techniques, and will pursue creative work and research opportunities at the University.

Christina (Gulick) Cox (BA 2009) was recently elected as acting Secretary of the Artistic Advisory Committee (AAC) of the International Order of the Sword and Pen (IOSP), having previously been appointed to the IOSP AAC in the area of Modern Martial Arts.  The vision of the IOSP is to celebrate and encourage international exchange of stage combat techniques and processes, as well as martial arts theories and practices, both contemporary and historical.

Matt Hawkins (MFA 2013) is an Assistant Professor at the University of Notre Dame. Stupid Humans, a musical written by student Jorge Rivera Herrans, and directed by Hawkins, premiered in the spring of 2019 at the Philbin Studio Theatre.

Ryan Oliveira (MFA 2015) is a playwright whose play The Soccer Player in the Closet, presented by Nothing Without a Company, is currently showing at Christy Webber Farm & Garden in Chicago, IL, and the world premeire of Ryan's production, Desire in a Tinier House, will show later this year at the Pride Arts Center in Chicago, IL.

Taylor Edelle Stuart (BA 2017) is the Projection Designer for Intrusion at St. Luke's Theater in New York City and for Mumburger at Carnegie Stage.

Justine Nakase (BA, 2006)
Irish Research Council-funded PhD student at the National University of Ireland, Galway at the Centre for Drama, Theatre and Performance

William Warren Vilhauer (MA 1955 and PhD 1965), passed on June 15, 2019.  Known as a wonderful teacher, with the bulk of his work at Southern Illinois University, Edwardsville, many of his students have gone on to successful careers as theater professionals, actors and academicians. He was a Professor of Theater at SIUE and devoted a number of years to service as Chairperson for the Department of Theater and Dance.  These efforts were recognized when he retired in 1987 with the creation of an endowed scholarship in his name, The William Vilhauer Merit Award in Design and Technical Theater.

Greg Machlin (MFA, 2008)
The screenplay adaptation of 7 Days: A Fantasia on the Life of Miles Davis (first developed and workshopped at the University of Iowa in 2008/2009) was a:
* 2016 Nicholl Fellowship semi-finalist (154 screenplays out of 6,900 submitted)
* 2016 Austin Film Festival screenplay semi-finalist (91 scripts out of 9,100 submitted)
* Invited to be submitted to the 2017 Sundance Screenwriters Workshop (applications are by invitation only.)

Stephanie (Braun) Jacobson (MFA, 2003)
Teaching Artist and the Director of Youth Productions at The Rose Theater, including the production of A Child’s Garden of Verses, which was featured in the April 2016 publication of American Theater Magazine. Previously, she lived in NYC where she acted and puppeteered with Taylor Mac and Liz Swados in Swado’s Jabu at The Flea Theater,  Lee Bruer’s The Mabou Mines A Doll’s House (both the National and International Tour), Luces de Bohemia at Repertorio Espanol, Eric Novak’s The Bacon Mingus Triptych at the Voice 4 Vision Puppet Festival, The Puppet Kitchen and The Jim Henson Company, Sesame Street.

Lukas Brasherfons (MFA) is the dramaturg for a production of Fugard's The Blood Knot at American Players Theatre in Spring Green, Wisconsin, which was recently featured by American Theatre magazine. The article focused on the question of whether it is still appropriate for the role of a mixed race South African, originally played by Fugard, to be played by a white actor.